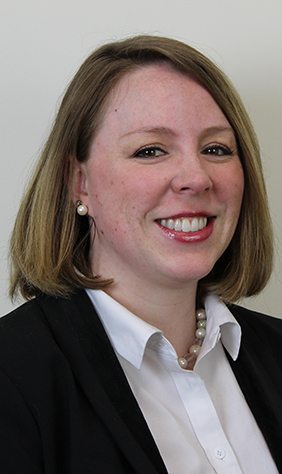 Doreen Szollosi, Ph.D., earned her B.S. degree in Animal Science in 2002 from the University of Rhode Island and her Ph.D. in Pathobiology from Brown University in 2007. While at Brown, her research focused on lymphocyte apoptosis and immunosuppression in sepsis. As a result of her graduate work utilizing small interfering RNA treatment in septic mice, Szollosi was the recipient of the Shock Society’s New Investigator Award in Shock Research in 2004 and the American Society for Investigative Pathology’s Pre-doctoral Merit Award in 2006. After earning her Ph.D., Szollosi fell in love with teaching and began teaching undergraduates at Dean College in Massachusetts and pre-health majors at Quinnipiac University in Hamden, Conn., before joining USJ’s Pharmacy program in 2010 as a founding faculty member. Dr. Szollosi’s research at USJ focuses on studying the mechanism of action of novel anti-inflammatories in collaboration with pharmacy colleagues. Pathways of interest include Toll-like receptor signaling, macrophage activation, and chemokine signaling.