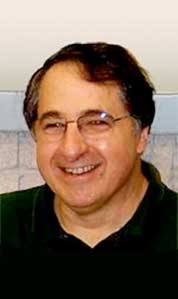 Ever since his work as a psychiatric aide in a mental hospital, Dr. Julius Rubin has been interested in Sociology. Since then, he has never stopped researching, questioning, and writing.  Dr. Rubin’s course, Sociology of the Family, examines issues from a feminist perspective. “Much of what I teach is interdisciplinary. I bring in historical and sociological data, and we examine how women have been affected by from colonial times until now.”

Dr. Rubin has been instrumental in bringing Native American scholarship to the University, and he has done a tremendous amount of research into the effect of religion and culture in 18th and 19th century American life.

Dr. Rubin stresses that “for Sociology majors, there is a tremendous opportunity to get involved in direct field work. You can be part of a community research team, work with agencies, and examine women’s roles. You name it.” Dr. Rubin stresses the importance of students “seeing beyond themselves” and expanding their perspectives by engaging in applied experience. “Above all,” he notes, “I see teaching as a public trust.”